With this Factory layout example the flow folds back on itself in an “S” shape. This layout is useful when there are many operations involved in the process and it is not possible to move these operations in to sub assembly cells.

Development of an S shaped layout

It uses space efficiently but has the disadvantage that the ends of the “S” can be closed leading to long material handling travel times.

Another problem is that the flow tends to start and finish in opposite corners of the factory.

A great lean factory layout example using an “S” layout is the layout that TXM developed for Rowing boat builder, Sykes racing. This product was physically long (up to 18 metres) and involved many production steps.

A big benefit of the “S” was that enabled good use of the “corners” of the “S”. The first corner allowed for composite curing and small FIFO buffer between the lay-up and assembly processes.

The second corner enabled the composite moulds to be returned back to where they started in the mould store, minimising the transport of empty moulds (and potential damage).

Read a Case Study about the Sykes Racing Lean Layout

In this factory layout example the raw materials enter one side of the “U” and the product travels around the “U” (usually in an anticlockwise direction) until the finished product or sub-assembly reaches the other end of the “U” where it is picked up. 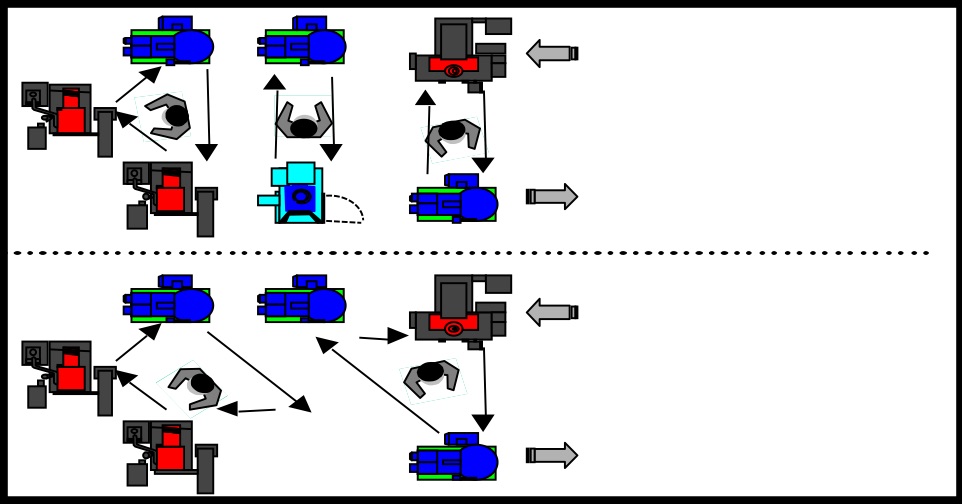 Example of operator motion within a U shape cell showing how the cell can be easily operated with two or three operators depending on desired output rates.

The benefits of the U Shape layout/cell are greatly reduced when large equipment or many processes are involved.

An L shaped layout example is used when the layout flows around a corner. It is usually the least space efficient as it is hard to make use of the space on the inside of the L.

Also, material handling pathways to the outside of the “L” are often long. Product also starts and finishes in opposite corners of the layout.

However sometimes, as in the example pictured, an L shaped layout is the only option available and an “L” shape can sometimes be “wrapped” around the outside of a “U” shaped cell to extend the flow. 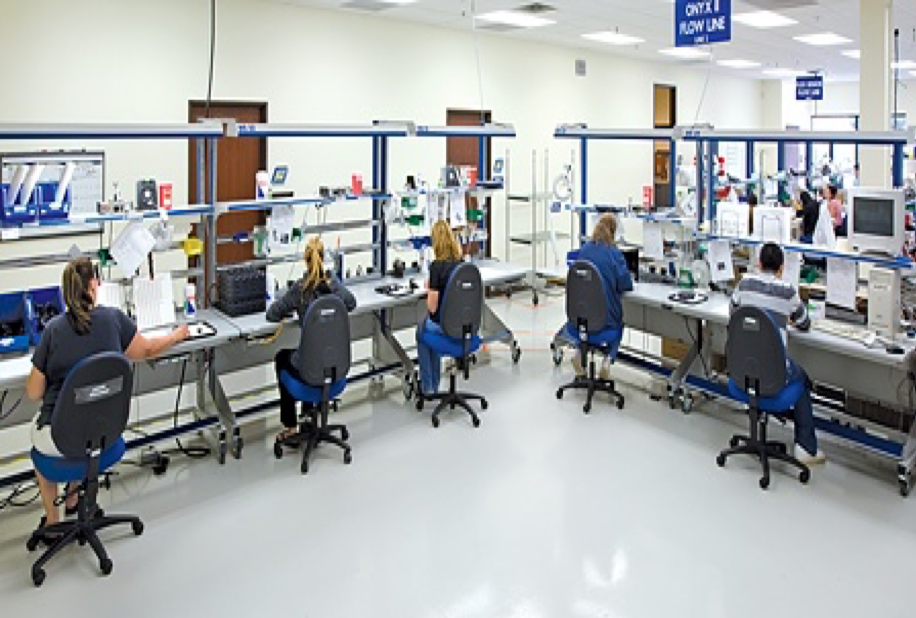 Example of a L shaped Layout

The final Lean factory layout example that we will introduce is also the most common, the “I” shaped layout.

“I” shaped layouts are best for processes with a small number of process steps. Essentially the flow goes in a straight line with raw material fed in one end of the “I” and finished goods out the other.

Often “I” shaped layouts will be used for final assembly and will be fed by sub-assembly cells. This often produces very short lead times and small footprints.

Often several “I” shaped layouts will arranged in parallel for different products or else feeding in to a central flow in a “fish-bone”layout.

A great example of an “I” shaped layout was the layout we developed for Varian Inc for manufacture of emission spectroscopy equipment.

This layout featured several “U” shaped and “I” shaped sub-assembly cells feeding directly in to a short “I” shaped layout for final assembly. 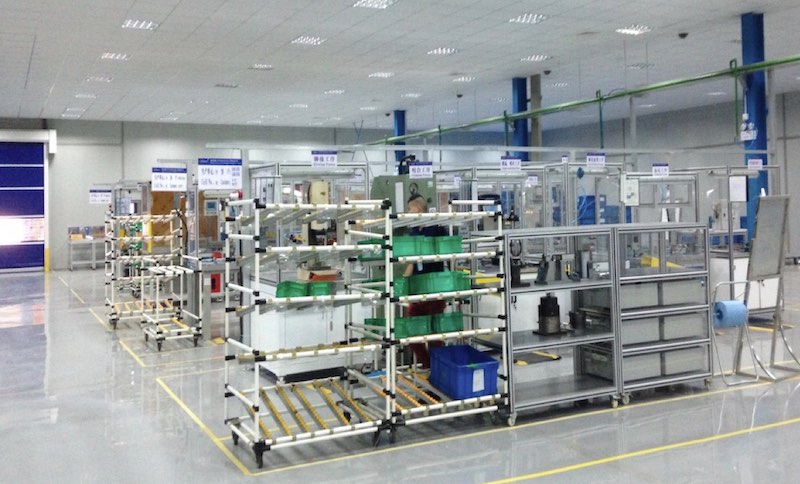 Example of an “I”shaped layout