Taizhou Henry Technologies is a leading manufacturer of industrial refrigeration components. Its sales grew from 50,000 units in 2012 to 360,000 in 2013. In the following few years, the sales were expected to increase to 750,000 units per year.

Meeting this large increase in volume was a significant challenge for Taizhou Henry Technologies. The plant had good quality control, however, it operated on a traditional big batch and queue approach with large amounts of WIP between processes which lead to poor visibility of the status of production, unbalanced processes and constant expediting of raw materials and sub-assemblies. The connection of the supply chain from the Chinese suppliers through to the end customers in Europe and the US was also highly challenging for the plant and on-time delivery was poor, despite long lead times.

TXM started with some workshops to coach Henry team with basic principles of lean production and lean tools. TXM worked alongside a cross functional team at Taizhou Henry Technologies, using “Manufacturing Agility Process®” to redesign and map the end-to-end process for sealed filters line to reduce lead times and eliminate waste. A VSM future state and action plans were developed to achieve it.

TXM worked with Henry Technologies to complete the detailed implementation of the action plan for the future state. 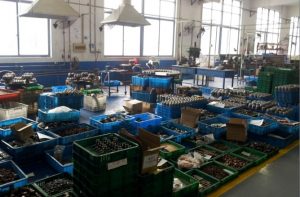 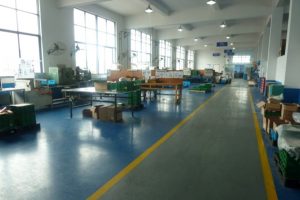 Through the implementation of the Lean system, Taizhou Henry Technologies achieved significant improvements, including:
Daily output was increased by 49%;
Lead time was reduced by 24%;
‘OTD (On Time Delivery) was improved by 40%.
The department managers and front line supervisors at Taizhou Henry Technologies became “lean leaders”. A culture of continuous improvement had been established.