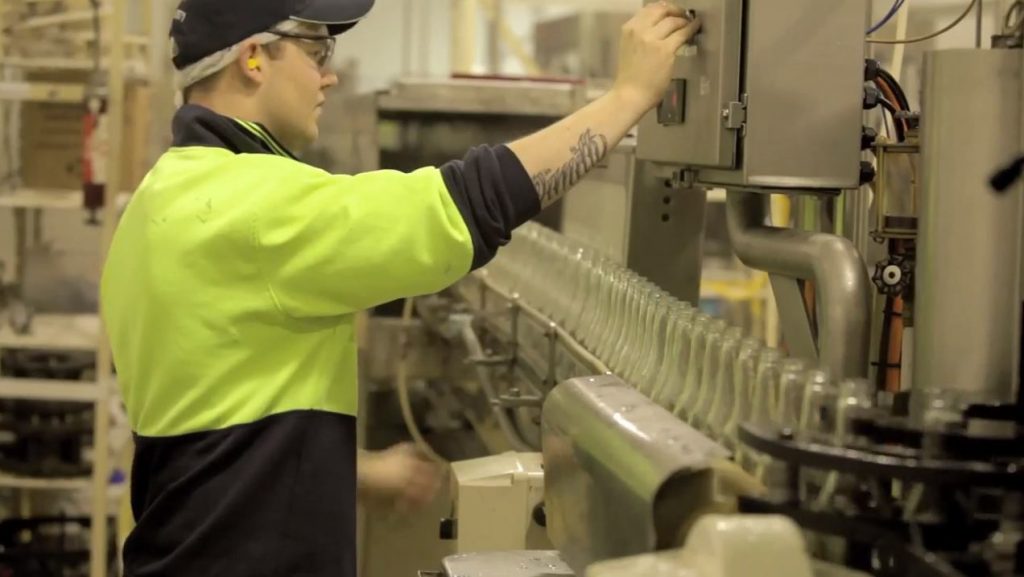 Tasmanian juice company, Juicy Isle acquired two beverage companies, Hartz Mineral Water and Wellington Springs, expanding their production facilities from two juice lines to incorporate six water-based lines for consumer and industrial markets. With little automation to swap from one production run to the next, Juicy Isle needed a simple methodology to streamline the change over from one product to the next.

Management of Juicy Isle participated in an Enterprise Connect tour of other manufacturing businesses to see how lean manufacturing had improved businesses and quickly realised that the same principles would resolve many of their problems. TXM worked with Juicy Isle to identify points of production congestion – ‘bottlenecks’; calculate and reduce changeover times and plan the production run scheduling to create a smoother, more efficient running of the plant.

“TXM showed us how 5S can be incorporated into our business functions to make our production facility a lot simpler to run,” said Michael Goward, General Manager of Juicy Isle. With tools such as visual cues, kanban and others, we have been able to have a designated place for everything and everything in its place. Work instructions, test results and efficiency measures are all in place to make the operation run smoothly.”

In the first year since the implementation of Lean practices Juicy Isle achieved:

• The company saw productivity increase by 20%
• In the following two years another 10% per annum increase occurred.
• Variable production overheads have been reduced by 10% per annum and;
• Capacity to take on more orders has improved.

Mr. Goward has also noticed that communication and staff culture has also improved as each member feels empowered by the changes that have taken place and takes ownership of their responsibilities.

“It takes us far less time to complete a change over from one product to the next than it did prior to Lean. Before, it would be a hand-tweaked operation and would take several hours to get the line running well, now, with proper work instructions and a more logical schedule, it can be done very quickly.”

“The same can be said for our food compliance processes. Seven years ago, if we had an audit for HACCP, it would be a mad scramble to have everything in order. Now, with improved business operations as a matter of course, we can have a spot audit for HACCP or organic certification and know that all our operations are in order without having to change our day to day operations.”

Read More About Lean in the Food and Beverage Industry