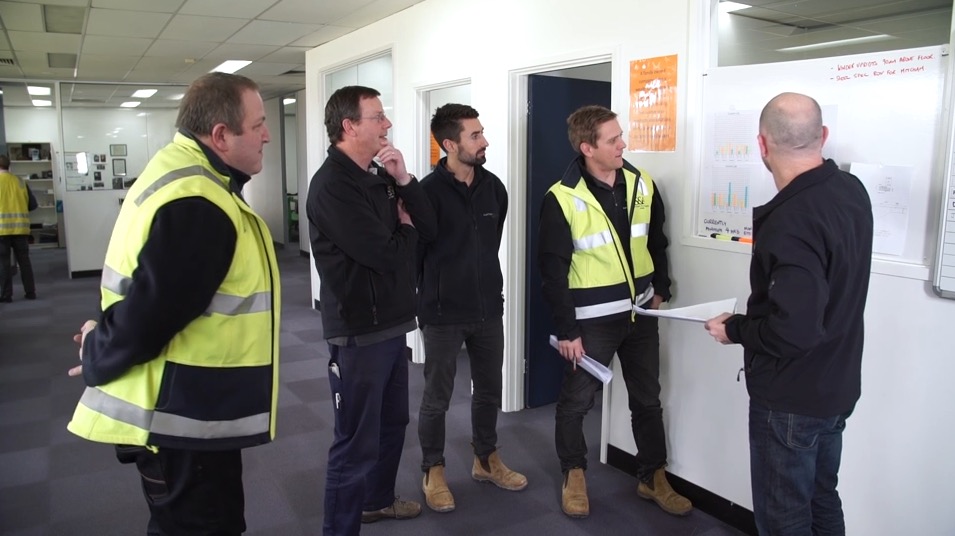 Over the years I have followed a set of statistics maintained by the Australian Bureau of Statistics. These provide an objective view of the industry. So, what are the facts about the Australian manufacturing industry?

The best measure of total industry output is industry value add. That is the value that manufacturing adds to its raw materials. In the financial year 2017-2018 this was $105 billion for manufacturing. This is essentially unchanged since 2006-2007 when industry value added for manufacturing was $101 billion. However, in 2006-2007, manufacturing was still the largest private sector industry, while ten years later it rated fourth behind mining, construction and professional and technical services (public sector industries such as public education and healthcare are excluded from these statistics).

Another measure is employment, which has fallen from just over 1 million employees in 2006-2007 to 840,000 in 2017-2018 – a loss of over 160,000 jobs. As an employer, manufacturing was number two after retail trade ten years ago. Now it has fallen behind construction, private healthcare, professional services, accommodation and food services, and administration and support services. However, manufacturing still employs more than four times the number of people engaged in mining and double the number in agriculture.

The implications of these numbers are therefore more optimistic than the doom and gloom you read in the media. Despite the toughest conditions since the Great Depression, manufacturing has managed to hold its own in terms of total output. Its relative decline has been due to the growth of other sectors rather than an absolute decline in manufacturing.

Making Cars was a Great Industry, but its Demise is Not the End of the World

One of the most frustrating aspects of working in Australian manufacturing over the past decade has been the overwhelming focus on the Automotive industry. This focus has been largely negative and, I believe has driven a broader sense in the community and in some quarters of government that manufacturing things in Australia is just too hard. The reality is much of the coverage of the impact of the closure of passenger vehicle assembly in Australia was grossly over blown. So, what are the facts?

According to the ABS in 2006-2007 motor vehicle and component manufacturing produced around $5.8 billion in industry value added and employed around 67,000 people or around 5% of total manufacturing. By 2010-2011, that number had fallen to around 50,000 jobs as car sales dropped. The number of 50,000 jobs was one that got a lot of coverage after the announcement of the car plant closures. However, roll forward to 2017-2018 after the closure of the car plants, the motor manufacturing industry still produced $3.7 billion in value added and employed 39,000 people.

This is a loss of 11,000 jobs or about 1% of total manufacturing. In fact, the 50,000 jobs that were going to be lost when car manufacturing shut down actually included manufacturing of trucks, buses, caravans, ute bodies, off road accessories, aftermarket parts and trailers of all description. These production line are still going and in many cases growing. Overall, over the period of the car plant closures (2012-2018) manufacturing industry output has grown by 5% and employment have stayed static.

The loss of automotive manufacturing was sad (especially for those that worked in the industry), but it was not the end of the world it was predicted to be. However, the negative publicity it attracted to manufacturing was the larger disaster for our industry. The current crisis now provides the opportunity to turn this around and present our industry in a positive light.

Food is Huge, Pharmaceuticals Promising and Construction and Machinery Matter

So, if it is not making cars, what is the “main game” for Australian manufacturing. Employing 215,000 people and producing $20 billion in value added, Food product manufacturing is by far the largest manufacturing industry in Australia. Food manufacturing on its own employs 30% more Australians than mining and over three times what the automotive industry ever did. Critically food manufacturing has actually grown over the past decade. Australia is a huge net exporter of food and potential exists for further growth over future decades through focus on high value quality products.

Next on the list is a broad range of products that are inputs to construction. They are separate industries, but the reality is that almost all of our wood products and non-metallic mineral products along with a large proportion of our primary metal products, fabricated metal products and polymer products end up in houses, offices, schools, hospitals and infrastructure. I estimate around 200,000 manufacturing jobs depend on construction. Therefore keeping construction going in the current economic crisis will be vital for ensuring that manufacturing can keep going. Several other areas of manufacturing stand out as having potential for growth.

Pharmaceutical manufacturing is a $3 billion industry employing over 15,000 people. This industry has grown by around 10% over the past decade. It is also an industry with significant exports and where the government is the largest local purchaser. This means that government can target its spend to influence outcomes such as local manufacturing. A key concern of Governments at both State and Federal Government level is our vulnerability when basic pharmaceuticals such as antibiotics, pain killers and common treatments for chronic complaints such as diabetes, asthma, hypertension and allergies are all made offshore. These can all be made here and when we consider that many of these are being purchased from high cost countries in Europe and North America, it need not increase cost to the government budget.

Machinery and equipment manufacturing is a sprawling industry classification covering everything from farm machinery to bionic ears. However, making machinery employs almost 100,000 people and generates $12 billion in industry value added. Importantly, this industry sits at the top of the supply chain. That means it consumes Australian made sheet metal and machined parts, Australian made electronics and wiring harnesses and masses of Australian design and engineering know how.
Similarly transport equipment manufacturing is a key top of supply chain industry with potential to general jobs and output growth in both its own factories and in upstream suppliers. This includes trucks, buses, trains, trailers, caravans, ships boats and a vast range of components and accessories.

The Changing State of the States

In Victoria the biggest job losses occurred in older industries such as textile, clothing and footwear, plastics, automotive and chemicals. While food manufacturing created 10,000 new jobs. However, in NSW several sectors grew including Food, wood products, chemicals (mainly due to pharmaceuticals), and even transport equipment. On the downside, NSW has been hard hit by a halving of the size of the printing industry due to the internet and a similar decline in primary metal production with the closure of steel mills and smelters.

While the success of WA can perhaps be ascribed to the mining boom, NSW’s secret is harder to pin down. In many ways Sydney is a difficult and costly city in which to run a manufacturing business. However anecdotally my impression is that Sydney is the marketing city and that many manufacturing businesses have been very market driven and innovative. As well, close connections between universities and industry, particular in the North Ryde/Lane Cove precinct has fostered strong businesses in medical technology and pharmaceuticals.

What Does this All Mean for the Future?

You can spend a lifetime analysing statistics, but what matters is what they teach us about the future. For Australia, that is the importance of backing industries where we can compete. Food products and pharmaceutical manufacturing have actually grown over the past decade and so clearly have potential. In pharmaceuticals the opportunity exists to ensure that more of our world leading (and often government funded) medical research is commercialised here. Government has the power to influence this through the Pharmaceutical Benefits Scheme, Medicare and Hospital spending.

Machinery and equipment manufacturing has seen some decline over the decade, but is still a significant employer where we can compete through innovation. This industry also consumes a large amount of upstream inputs from other Australian manufacturers. Importantly the potential exists to leverage our world leading skills in mining, energy and agriculture in particular to produce the best technology to enhance the productivity of these industries. As well our skills in engineering and in medical research come together in our medical device sector.

Manufacturing is a big, diverse industry that contributes in many ways to the life of everyday Australians. The Covid 19 Pandemic has forced governments and the public to realise the importance of manufacturing to our security as an independent nation. This provides an opportunity for those of us in the industry to reposition manufacturing. However, it is important that we heed the mistakes of the past and focus our efforts in areas where we know we can succeed. Finding out the facts about what is Australian manufacturing is a good start. Hopefully this analysis helps highlight where those opportunities are.